We won the DRT trial in Logan - don't be shy, give it a try!

We won the DRT trial in Logan - don't be shy, give it a try! 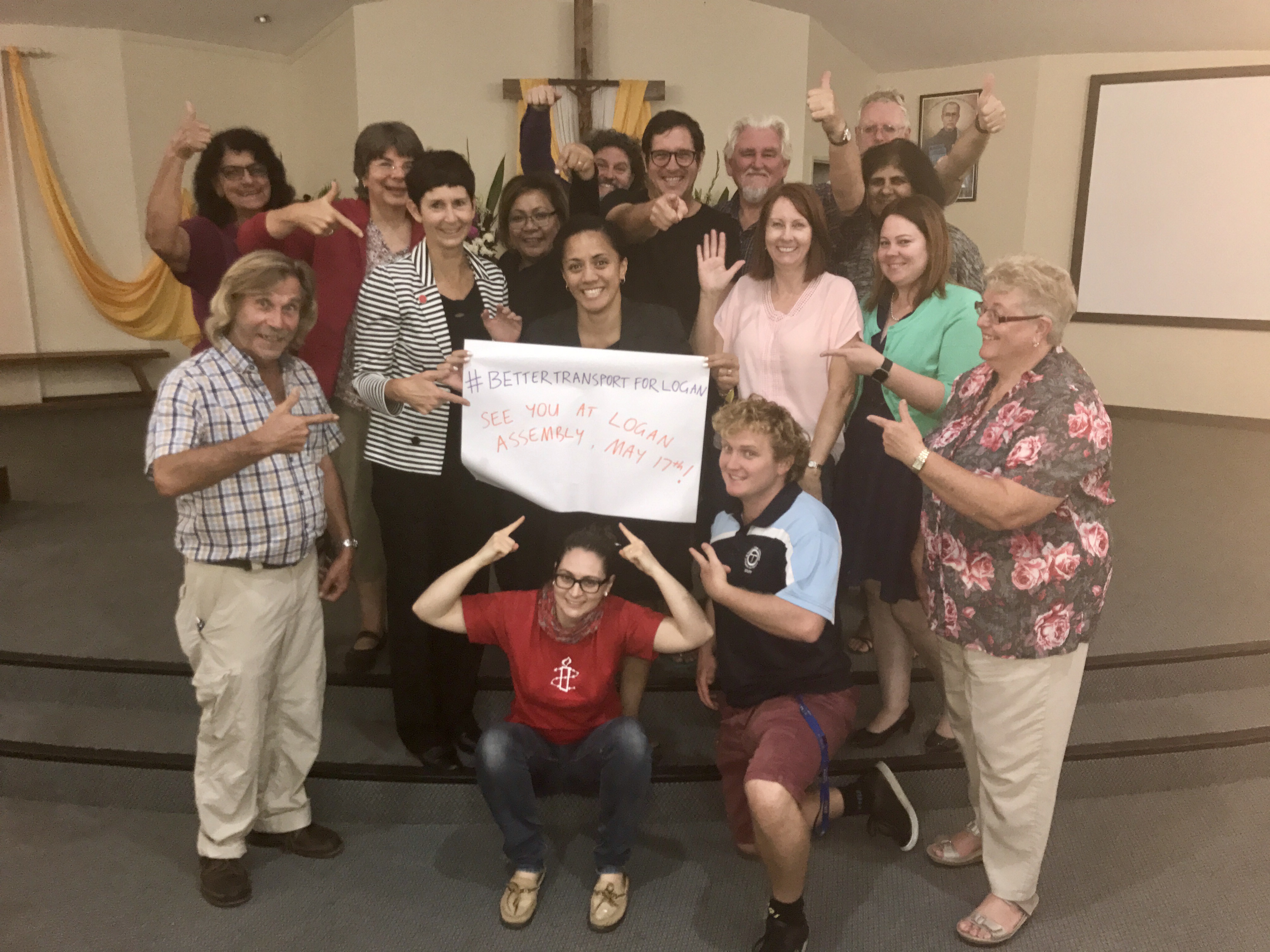 We came together to get better public transport in Logan, now the DRT (demand response trial) is on and it's up to us to make it a success.

Here's how you can make it permanent!

Demand Response Transport (DRT) is a new form of public transport in Australia. The trial is running for 12 months and we need everyone who uses public transport to register and book and give it a try so that the trial becomes a permanent part of connecting the Logan community for work, study and play.

Here's a short video of how the Alliance got the DRT trial in Logan.

In fact, this trial is the first of it's kind in Australia, putting Logan at the cutting edge of public transport innovation. That it's happened at all, and in particular in Logan, is all because of community organising.

Locally, the fight for better transport in Logan was led by local volunteer leaders such as Geoff Leeming and Christine Lapalapa.

"When we started organising in Logan we listened to hundreds of stories in churches, workplaces and community centres," said Geoff.

"The concerns people raised were around safety and public transport. It turned out people felt unsafe because they couldn't get a bus home when they needed to or were left walking home in the dark."

DRT will get people who don't have a regular bus or train to a local hub (such as train/bus station, shopping centre, library or medical service). You order a ride for only $3/adult or $1.50/concession.

"We've organised three local community meetings, called assemblies," said Christine, "between them over 600 hundred people were there to demand better public transport in Logan. Plus over 1,200 Logan residents signed our petition."

The result of these community efforts led to a working group being set up that included: Queensland Community Alliance (Logan) community leaders and representatives of Logan City of Choice, Logan City Council and the Queensland Government. The group committed to introducing DRT as part of a package of public transport solutions for Logan.

"We have since worked closely with Deputy Premier and Minister for Transport, Hon. Jackie Trad, her predecessor Minister Hinchliffe, and Translink to make this happen and to see a strong community voice in it's implementation," Geoff said.

Christine said that it was the result of local people sharing stories, acting together and making their voices heard that has seen our public officials deliver this exciting trial.

Get registered and get going!

Find out more about the DRT trial here.

If you'd like more info or have a question about how to get an issues solved in your local community and be trained to lead community organising, please email us.