Solidarity in Our City 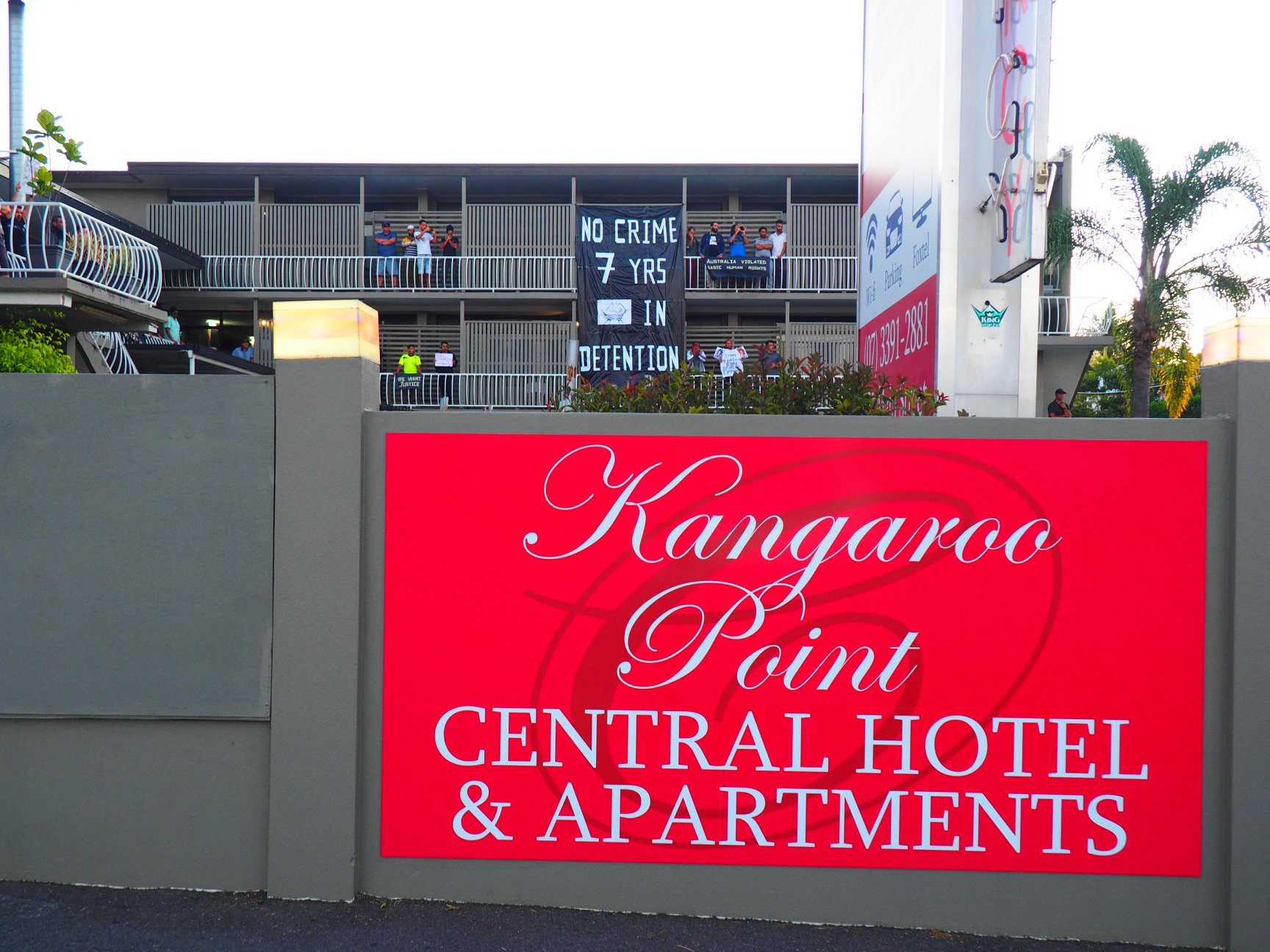 As you walk through the streets of Kangaroo Point, just a couple of roads back from families having sunset BBQs on the river, people climbing on the cliff top, the bright lights of the Storey Bridge illuminating the water, you will find a group of men protesting everyday for their freedom.

They protest in the beating suburban heart of our city, next to some units, across from Kangaroo Point KFC and Maccas.

These people have been held in detention for over seven years now. They have no idea when they will be released. They have no security and have not been given a fair legal process.

We know in our organisations that relationships and community give us belonging and hope. We stand for a welcoming city and place that nurtures solidarity. And we want to stand together on this.

Some people have been released from the Hotel and into the community when they have had support letters and offers of housing.

We want to ensure that every person inside has a support letter, and an offer of housing if they want it.

This won't solve everything but it shows people seeking asylum in our suburbs what kind of community we can be.

Act now and fill out this form to get involved:  https://forms.gle/iP5kXKPtKYTyK9Qb6